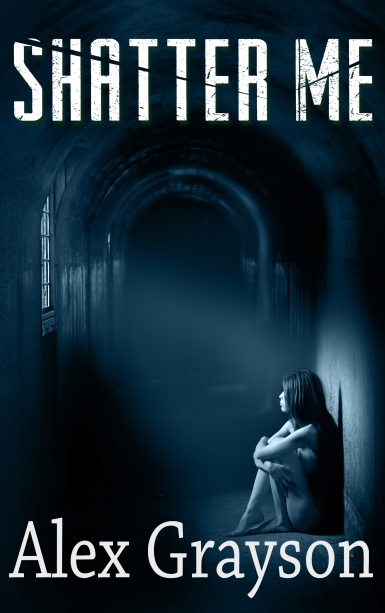 I’m running, as fast and as far as I can. My past is trying to shatter me, but I am determined not to let it. I’ve come this far, I won’t let it break me now.

I had to stop in a small town to get enough money to run again, but I found myself wanting to stay. The reason? Jaxon Walker. He doesn’t make me so afraid. He comforts me. But how much comfort will it take before my walls shatter? And what happens when my past finds me? Will it destroy me finally or could Jax possibly save me?

My name is Bailey Winsor and this is my story. 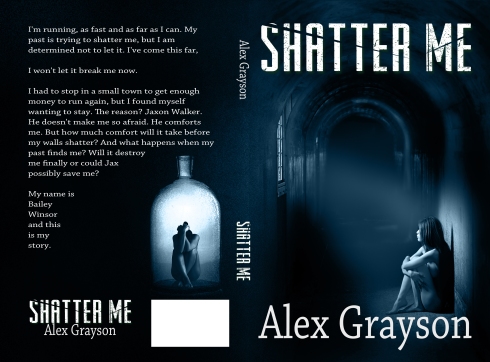 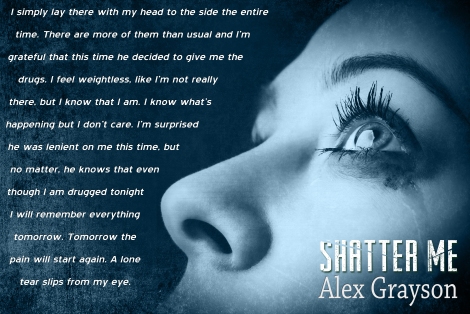 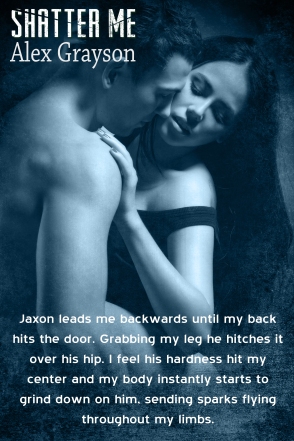 “Oh Jaxon.” I moan and dig my nails into his back.

This spurs him on and he pushes me to my back and settles himself between my thighs. He’s sitting back on his legs. With my legs on either side of him resting on his, I’m somewhat open and exposed to him, even though I’m still wearing my clothes.

Jaxon watches me with steel blue eyes as he runs his hands slowly up my calves and thighs. When he reaches my stomach, his fingers dip underneath my tank top. He moves them to my sides. With slow movements, his hands continue their upward motion, bringing my shirt along with him.

I halt his movements by placing my hands on his.

“Angel, we don’t…” He starts but I stop him before he can finish.

I shake my head and say, “No, it’s not that. I don’t want you to stop. I just…” I stop because I don’t know what to say. How do you tell a man that your body is riddled with ugly marks?

Taking a deep breath I haltingly try to explain. “Steven…h-he liked to…mark me. I’ve got…scars. A lot of them. They aren’t pretty. I want to warn you before you see them for yourself.”

As I talk I see pure rage enter Jaxon’s face. After closing his eyes and breathing deeply a few times he opens them again and the rage is gone, replaced with a soft understanding look.

“Baby, no matter how many scars you have you could never look anything but beautiful to me.”

His words touch a place inside me that allows some of my insecurities to let go. His words are pure and I believe them.

I move my hands from his and place them on his thighs. He doesn’t take his eyes off mine as he starts moving his hands again to pull my shirt up. It’s slow and torturous. I want him to hurry, but then I’m dreading when he sees them. When his fingers skim over the side of my breast, my breathing starts to pick up. The warmth his hands leave behind makes me throb for more. My shirt is now over my breast, but his eyes still remain on mine.

“Arms up, baby and lift for me.” He says quietly.

Lifting my upper body off the bed, I sit up and bring my arms above my head. Jaxon finishes removing my shirt. His chest is right in front of my face. I bring my hands back down to his sides and lean forward to kiss his chest, but Jaxon pulls back and grabs both sides of my face to bring it up to his. 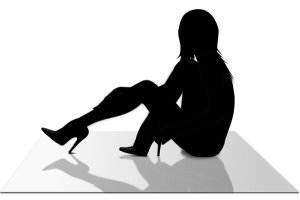 Alex Grayson is originally from the south but has recently moved to Northern Ohio. Although she misses the warmth of Florida and often times detest the cold of Ohio she absolutely loves living in the north. She and her husband bought a house on two acres of land and live there with their daughter, two dogs, two cats, and 8 ducks. She hopes to eventually get chickens and a couple of goats to add to their country way of living. Besides her family and home her next best passion is reading. She is often found with her nose obsessively stuck in a book, much to the frustration of her husband and daughter. On more than one occasion Alex found herself wanting a book to go a certain way, but it didn’t. With these thoughts in mind she decided to start writing stories according to her own visions. Although this is a new endeavor for her she hopes that readers find her concepts on romance intriguing and captivating. Alex welcomes and encourages feedback, of any kind. She can be contacted at alexgraysonauthor@gmail.com