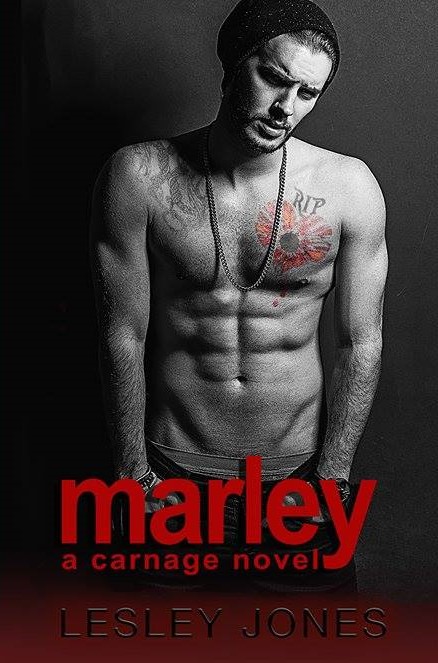 From the author of Carnage 1&2, comes this follow up novel. Marley tells the story of Carnage from Marley Layton’s POV. It will give you the missing years. Marley is a companion novel to Carnage 1&2 and both of those books should be read first.
Want to know what really happened in that hotel room in Paris?
Want to know if the rumours of Marley, Sean and their sexploits were true?
We got to watch Georgia fall apart but what was Sean going through in those four years they were separated?
Marley will give you the answers but he might just break your heart along the way.
“‘So, they want me to write a book? They want to know about my band, my life, my loves and my losses. But they have no idea what they’re asking for. If I give them what they want, they’ll get so much more than the sex and drugs and the rock and roll they’re expecting. They’ll get the secrets that I’ve kept for so long, they’ll get an insight into the person I really am, or at least was. They think they know my story, they know nothing.
If I do this, if I write honestly and give them the ugly truth, people will get hurt. People that I love, people that have already suffered in the worst possible ways.
Do I do this, or do I walk away? Taking my secrets to the grave.”
Marley is an adult contemporary romance. It contains content suitable only for grownups with an open mind. There are scenes of group sex which include m/f/m a little bit of f/m/m and even some f/f/f/m/m/f/f/f. There is drinking and drug taking involved. A lot of swearing, some Essex slang and some very high emotion. Please don’t complain after reading this book that you weren’t warned.
And yes, of course you’ll need tissues.

When I first found out that Marley was being released, the first thing I felt was fear.  Yup, you read that correctly.  FEAR! When I read the first two Carnage books I cried so freakin’ much, my soul was so broken that I really didn’t think I could go through that again.  But then I realized that I really wanted to know the other side of the story.  My need to know Sean’s side of the story, even though it was from Marley’s point of view, was more compelling than my fear.  I’m so glad I sucked it up, put on my big girl panties and read it.  Once again Lesley Jones had me riveted.

Marley was not just a retelling of a beautiful story with some incredibly sad moments.  It was more insight into what happened in the first two books.  I loved Big Brother Marley.  I really did.  Seeing how he handled all the things that happened to him, his best friend and his sister just broke my heart again.

I loved seeing how the one girl that became his wife changed life for him.  We also got more insight into Ashley’s life and the things that made her who she was – the perfect girl for Marls.

I will warn you.  Make sure you have the tissue box nearby and handy.  Once again I ugly snot sobbed through this.  I thought that it would be a little bit easier because I already knew the outcome.  WRONG!!! It was still just as heartbreaking and heart wrenching.  I guess that’s a testament to Lesley Jones’ writing.  She could make me feel so much AGAIN!!!

I gave Marley five hot and delicious mocha cappuccinos – I needed the mocha for comfort.

Lesley was born and grew up in Essex, just outside of London, England but moved with her family to Australia in 2006 and now lives close to the city of Melbourne. As well as writing, Lesley is an avid reader and also enjoys watching a game of football- the round ball version- while sipping on a glass of wine, during her down time. Despite now living in Aus, she is still an Essex girl at heart and remains partial to her waxing, tinting, sculpting and shellac routines. Lesley is a huge fan of social media and can often be found chatting to her readers in her various groups. She is a sucker for a reality TV show, with TOWIE being her obvious favourite.