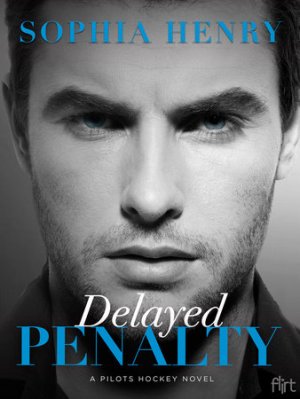 She closed her heart long ago. He just wants to open her mind. For fans of Toni Aleo and Sawyer Bennett, the debut of Sophia Henry’s red-hot Detroit Pilots series introduces a hockey team
full of complicated men who fight for love.
Auden Berezin is used to losing people: her father, her mother, her first love. Now, just when she believes those childhood wounds are finally healing, she loses something else: the soccer scholarship that was her ticket to college.
Scrambling to earn tuition money, she’s relieved to find a gig translating for
a Russian minor-league hockey player—until she realizes that he’s the same
dangerously sexy jerk who propositioned her at the bar the night before.
Equal parts muscle and scar tissue, Aleksandr Varenkov knows about trauma. Maybe that’s what draws him to Auden. He also lost his family too young, and he channeled the pain into his passions: first hockey, then vodka and women. But all that seems to just melt away the instant he kisses Auden and feels a jolt of desire as sudden and surprising as a hard check on the ice.
After everything she’s been through, Auden can’t bring herself to trust any man, let alone a hot-headed puck jockey with a bad reputation. Aleksandr just hopes she’ll give him a chance—long enough to prove he’s finally met the one who makes him want to change.

I’m pretty sure there were only two ways Crazy Hair could have looked better than he had at O’Callaghan’s. The first was as he did right now: sitting on a bench in the locker room wearing nothing but the lower half of his uniform, including his skates, sweat rolling over his sinewy pecs and creating a happy trail all the way into his hockey pants.
The second way—I can only assume—would be if he were completely naked.
“Aleksandr, this is Auden Berezin. She will be your translator.”
“I don’t need a translator.”
I almost laughed, because he’d said he didn’t need a translator in Russian.
“You must talk with the media at some point, Sasha. They’re riding my ass to get better answers from you than ‘was good game.’ ”
Aleksandr Varenkov, hot Russian hockey god, laughed, showing the perfect set of white teeth I’d noticed at the bar.
“You have your teeth in, but you haven’t even showered yet?” Orlenko asked.
Was Orlenko a mind reader? I sure hope not, because I would be fired for thinking about my client naked.
“I wanted to look good for pictures.” Aleksandr winked at me. Then he stood, and drops of sweat raced down the hard planes of his chest.
I’d never been so envious of perspiration in my life.
“Sometimes I talk in the shower. Will she translate for me in there?”
My cheeks began to burn, so I averted my eyes, lowering them to the black Cyrillic script tattooed down his sides, then thought better of that line of sight and studied the soiled beige carpet below my feet.
“Aleks—” Orlenko sighed, rubbing his forehead.
“Zhenya,” Aleksandr began. “You know I’m kidding, yes?” He shoved a towel onto the shelf above his nameplate and walked away without waiting for an answer.
“Yes,” Orlenko hissed. He’d said it under his breath, but I heard him and wondered what my grandpa had gotten me into. “Well, that was Aleksandr Varenkov, your client. He’s a talented player and a good man. But he can be a little—”
“Douchey?” I offered in English. I shouldn’t have said it, considering Grandpa’s professional reputation was in my hands. Then again, Evgeny Orlenko was Grandpa’s friend first, so maybe he wouldn’t be too hard on me. Besides, Grandpa knew what kind of mouth I had, and he’d sent me for the job anyway.
Orlenko laughed, and continued in Russian. “Wild was the word I was looking for, but your adjective may not be that far off.”
“I’ve got it, Mr. Orlenko.”
“Are you sure?” He inspected me through thick black-rimmed glasses that were too small for his puffy face.
“As a college student with an active social life, I’ve learned how to handle arrogant douche bags.” This time I was being paid to handle one.
“I shouldn’t be having this conversation about one of my clients,” Mr. Orlenko said, his lips quirking up, then back into a tight line. At least he was trying to keep a straight face. “You’re like a breath of fresh air, Audushka. I hope you stay that way even with his off-ice antics.”
Off-ice antics? What the hell did that mean and why would I have to deal with them? “Will I have to hang out with him outside of the arena? I thought I was here to translate for media interviews after games and some practices.”
“Aleksandr speaks very little English. He’ll need your assistance in all aspects of his career; interviews, community service. At least, until he gets acclimated. Vitya said you were here for the month, is that correct?”
“Yep. All of winter break.”
“You’ll be putting in a lot of hours.”
“I’m a hard worker. And I need the cash. Got cut from the soccer team, and I have to replace the scholarship money I lost.” I was running my mouth again. Maybe I did need to tone it down.
“Well, I’m sorry to hear that. The being-cut part.” He cleared his throat. “Here’s my card. I wrote my cell number on the back. If you have any trouble or if Aleksandr makes you uncomfortable in any way, please give me a call.”
“Thanks.” I scanned the card wondering if I should try to memorize his number now, since I wasn’t sure how stable this client sounded.
After Orlenko left the locker room, I realized I hadn’t asked him what I should do next, and he hadn’t given me instructions as to where I should wait while Aleksandr showered. Since I wasn’t part of the media, I was extremely aware of being the intruder standing in a room of half-naked men. A shower shouldn’t take very long, so I dug my e-reader out of my messenger bag and sat down on the stool that Aleksandr had just vacated.
“Ewww.” I jumped up and skimmed my palm against my damp backside. Hadn’t even thought about any runaway sweat that might’ve dripped from Aleksandr’s lean, hard body onto the stool.
Stop. Just stop thinking about the shiny, wet flesh covering his impeccably carved frame. 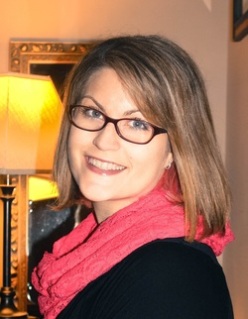 Sophia Henry, a proud Detroit native, fell in love with reading, writing, and hockey all before she became a teenager. She did not, however, fall in love with snow. So after graduating with an English degree from Central Michigan University, she moved to North Carolina, where she spends her time writing books featuring hockey-playing heroes, chasing her two high-energy sons, watching her beloved Detroit Red Wings, and rocking out at concerts with her husband.

I love to talk about books, hot guys and anything else I need to get off my chest. END_OF_DOCUMENT_TOKEN_TO_BE_REPLACED
This entry was posted on Thursday, September 3rd, 2015 at 12:57 pm and tagged with books, Delayed Penalty, Pilots Hockey Series, Sophia Henry, The Book Barista and posted in Book Barista. You can follow any responses to this entry through the RSS 2.0 feed.
« The Book Barista Reviews: Primal Force by D.D. Ayres
Release Day Blitz: Wet by Ruth Clampett »

One response to “Virtual Tour: Giveaway and Excerpt – Delayed Penalty by Sophia Henry”