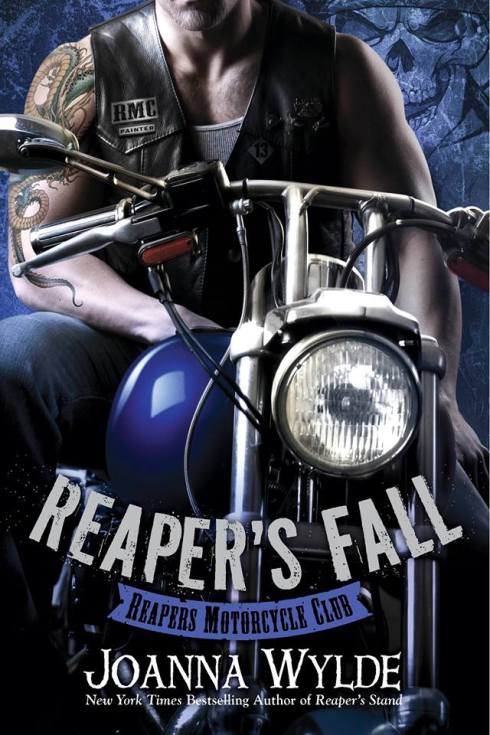 He never meant to hurt her.

Levi “Painter” Brooks was nothing before he joined the Reapers motorcycle club. The day he patched in, they became his brothers and his life. All they asked in return was a strong arm and unconditional loyalty—a loyalty that’s tested when he’s caught and sentenced to prison for a crime committed on their behalf.

Melanie Tucker may have had a rough start, but along the way she’s learned to fight for her future. She’s escaped from hell and started a new life, yet every night she dreams of a biker whose touch she can’t forget. It all started out so innocently—just a series of letters to a lonely man in prison. Friendly. Harmless. Safe.

Now Painter Brooks is coming home… and Melanie’s about to learn that there’s no room for innocence in the Reapers MC.

I love to talk about books, hot guys and anything else I need to get off my chest. END_OF_DOCUMENT_TOKEN_TO_BE_REPLACED
This entry was posted on Sunday, April 26th, 2015 at 11:23 am and tagged with book recommendations, books, Cover Reveal, Joanna Wylde, Reaper's Fall, Reapers MC Series, The Book Barista and posted in Book Barista, Cover Reveal, Joanna Wylde, Reapers MC Series. You can follow any responses to this entry through the RSS 2.0 feed.
« WWW Wednesdays: April 22, 2015
The Book Barista Reviews: Overruled by Emma Chase »