The Book Barista: Review of Inked Armor by Helena Hunting

I received an ARC of Inked Armor in exchange for my honest opinion. 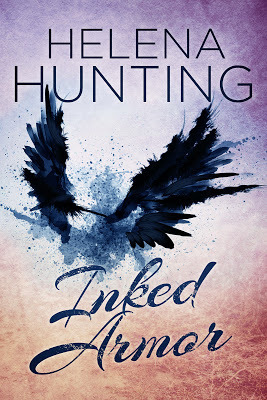 In this follow-up to Clipped Wings, the emotional love story continues between Hayden and Tenley; two young people who desperately want to love and be loved but are afraid to completely let go of their pasts.In the wake of losing Tenley Page, tattooist Hayden Stryker’s tumultuous past is haunting him. Plagued by nightmares about the murder of his parents, Hayden reaches out again to Tenley. Having run from the man she doesn’t believe she deserves, Tenley finally lays her guilt to rest. Despite their intense physical attraction, Hayden and Tenley struggle to repair their fragile emotional connection. As Hayden gets closer to the truth, he must find a way to reconcile his guilt over his parents’ death in order to keep the woman who finally cracked his armor, and found her way into his heart

This is the long-awaited sequel to Clipped Wings.  I totally fell in love with Hayden and Tenley and couldn’t wait to get to this book.

This book picks up right after where the first book left off.  Hayden is trying to cope with Tenley’s sudden departure. Tenley is dealing with Trey and wrapping up her parents’ and Connor’s estates.  She finally stands up to her asshole almost-brother-in-law and realizes that she needs to be with Hayden and that her life is in Chicago.

Hayden, in the meantime, is broken without Tenley.  He’s always had nightmares about his parents’ deaths but missing Tenley has made them worse.

After Tenley comes back he’s somewhat upset with her for leaving him in the first place and constantly needs her reassurance that she won’t be leaving again.  I think Tenley understands this and is more than willing to keep making him understand the depth of her feelings for him.

Tenley also helps him deal with the feelings of guilt he has over his parents’ deaths.  He eventually gets the closure he needs to move on from that horrible night.  They help each other deal with the guilt they each feel. 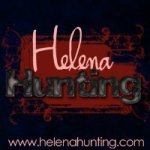 Helena Hunting lives on the outskirts of Toronto with her incredibly tolerant family and two moderately intolerant cats. She’s putting her English degree to good use by writing popular fiction. She is the author of Clipped Wings, her debut novel, and Inked Armor.

I love to talk about books, hot guys and anything else I need to get off my chest. END_OF_DOCUMENT_TOKEN_TO_BE_REPLACED
This entry was posted on Thursday, May 15th, 2014 at 8:00 am and tagged with book recommendations, books, Clipped Wings Series, Helena Hunting, Inked Armor, The Book Barista and posted in Book Barista, Clipped Wings Series, Helena Hunting, Inked Armor. You can follow any responses to this entry through the RSS 2.0 feed.
« Cover Reveal: Finger Bang by Jade C. Jamison
Promo Tour: The Book Barista reviews Sweet Filthy Boy by Christina Lauren »