Loving EVERY Kristen Ashley book I have ever read I knew I was in for a treat in this fifth book in the Colorado Mountain series.  I was ecstatic to get an ARC from NetGalley for my review.  The expected release date is November 5, 2013. 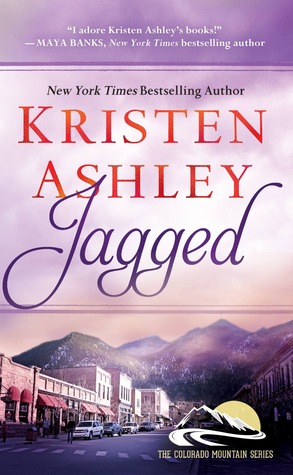 Zara Cinders always knew Ham Reece was the one, but he wasn’t interested in settling down. When she found someone who was, Ham walked out of her life. Three years later, Zara’s lost her business, her marriage, and she’s barely getting by in a tiny apartment on the wrong side of the tracks. As soon as Ham hears about Zara’s plight, he’s on her doorstep offering her a lifeline. Now, it will take every ounce of will power she possesses to resist all that he offers.

Ham was always a traveling man, never one to settle down in one town, with one woman, for more time than absolutely necessary. But Ham’s faced his own demons, and he’s learned a lot. About himself, and about the life he knows he’s meant to live. So when he hears that Zara’s having a rough time, he wants to be the one to help. In fact, he wants to do more than that for Zara. A lot more. But first, he must prove to Zara that he’s a changed man.

As I mentioned before, I love every Kristen Ashley book.  I was so happy when I heard this book was going to be about Graham “Ham” Reece, whom I first met in For You of The Burg series.  From the glimpse I got of him I knew I was going to love him.

As always, Kristen Ashley’s female leads are funny and strong.  Zara Cinders was no different.  Having come from a difficult family life and coming across hard times, Ham was there for her..even though at first she thought she didn’t want him to be.

Ham is big, sexy and A-L-P-H-A all the way.  He fiercely protects Zara.  Would we want him any other way?  Oh hell no!!!

Of course, me being the sap that I am, I did get weepy on a few occasions.  Kristen Ashley is so good at making me feel both the sorrow and the happiness of her characters.

Another thing that I love is when characters from previous books show up.  I loved seeing Nina and Max (from The Gamble) in this book.

I give this book four hot hot hot cups of java.

I love to talk about books, hot guys and anything else I need to get off my chest. END_OF_DOCUMENT_TOKEN_TO_BE_REPLACED
This entry was posted on Monday, October 7th, 2013 at 8:00 am and tagged with Alpha Male, book recommendations, books, Colorado Mountain Series, Jagged, Kristen Ashley, The Book Barista and posted in Book Barista, Colorado Mountain Series, Graham "Ham" Reece, Jagged, Kristen Ashley, Zara Cinders. You can follow any responses to this entry through the RSS 2.0 feed.
« Wordless Wednesday
Tantalizing Tuesdays: Alexander Skarsgard »