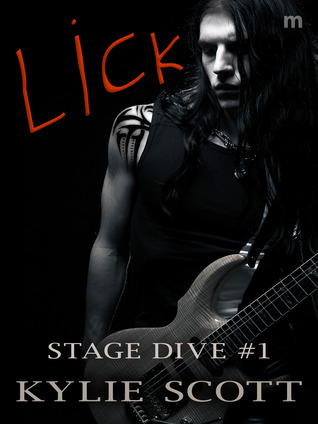 Waking up in Vegas was never meant to be like this.

Evelyn Thomas’s plans for celebrating her twenty-first birthday in Las Vegas were big. Huge. But she sure as hell never meant to wake up on the bathroom floor with a hangover to rival the black plague, a very attractive half-naked tattooed man, and a diamond on her finger large enough to scare King Kong. Now if she could just remember how it all happened.

One thing is for certain, being married to rock and roll’s favourite son is sure to be a wild ride.

Ok, I’m not gonna lie!  This cover completely got my attention.  Even before I read the title and synopsis.  When I finally peeled my eyes away from the cover pic and saw the title and read the synopsis I was already hooked.

I immediately requested an ARC and sadly, was denied.  It released July 1st and first thing I found myself doing Monday morning was going to my Kobo store and clicking away until it was downloading on my e-reader.

I couldn’t put it down.  David is the guitarist for Stage Dive and is very hot.  Super sexy rock star is what he is. [Have I mentioned my weakness for rock stars and bikers?]. I loved this description:

“He had long, dark hair falling past his shoulders and sideburns.  His eyes were the darkest blue.  They couldn’t be real.  Frankly, those eyes were overkill. I’d have swooned perfectly fine without them.  Even with the tired red tinge they were a thing of beauty.  Tattoos covered the entirety of one arm and half his bare chest.  A black bird had been inked into the side of his neck, the tip of its wing reaching up behind his ear.”

I liked David and Evelyn together.  As the book progresses you obviously find out what brought them together.  They encounter some pitfalls along the way but I found myself really wanting them to work it out and stay together.

As is common for me, I also fell in love with a secondary character.  Drummer Mal was funny and really sweet.  I’m hoping there’s a book about him in the future.

This was the first book by Kylie Scott that I’ve read.  I’m definitely going to have a look at her other books and I cannot wait for more books in the Stage Dive series.  I gave Lick 5 steaming hot cups of java.

I love to talk about books, hot guys and anything else I need to get off my chest. END_OF_DOCUMENT_TOKEN_TO_BE_REPLACED
This entry was posted on Monday, July 1st, 2013 at 10:17 pm and tagged with book recommendations, books, Fictional Rock Stars, Kylie Scott, Lick, Stage Dive Series, The Book Barista and posted in Book Barista, Books, Kylie Scott, Lick. You can follow any responses to this entry through the RSS 2.0 feed.
« Wordless Wednesday
Tantalizing Tuesdays: Cory Bond »

3 responses to “The Book Barista: Lick by Kylie Scott”